Contains the repaint of the new paintscheme of one of the Boeing 737-200 of AeroGal, is a comercial livery that advertise tha trademark Nescaf, is very colorful livery, because of it red color and the big Nescaf logo, to use with Tinmouse II model.Visit www.flyecuador.net. Open your Tinmouse II folder and delete the panel folder. Now copy and paste the panel folder from your FSX Default Boeing 737-800 into your Tinmouse folder. Now it is flyable in FSX! No need to replace the sound folder, because the Tinmouse II sound works great in FSX. I know a few in Australia had them because at the time there weren't as many ground based navaids there but otherwise the unit was really more for transoceanic flights, which the 737 didn't take. That being said the Tinmouse is definitely still the best one systems-wise, and there's even an updated FSX-native version with a simple VC. Hola, por favor me podria alguien ayudar a activar el sonido en la version V-40 del 737 de tinmouse?, segun he leido hay que ubicar el archivo FSaudio.dll en la carpeta windows/sistem (yo tengo win XP) pero no encuentro este archivo por ninguna parte. Mi 737 vuela y funciona bien pero sin sonido por este problema. FSX – Tinmouse Boeing 737-200 VC Textures Set. The textures are ready to use for American Airlines and Delta Airlines. 22 MB Continua a leggere FSX – Tinmouse Boeing 737-200 VC Textures Set.

FS2004 – Boeing 737-200Adv. This is an enhancement for the TMECBK 737-200Adv adaption with VC of Eric Cantu’s original model TinMouse 737-200Adv by Björn Kesten, with the kind permission of Bjoern. All the liveries from Bjoern’s FSX VC model are converted and tweaked to FS9 format. I have added some gauges to the VC, a TCAS altimeter, stand-by AHIs, altimeters and ASIs. clocks, a nicer timer and a whisky compass. There are several VC configurations, loosely based on photographs. I have modded and cleaned up the VC textures to get a nice three dimensional effect, with additional eyecandy and a few variations between liveries. I have also added Shockwave Redux lights. Finally, I have included a real world livery of N320DL Northern Air Cargo based in Anchorage, plus some fictional Northern Air Cargo planes, for a grand total of 22 hires liveries.

Erick Cantu, of Vistaliners, Eastern Virtual, Kittyhawk and SGA fame once uploaded the Gmax source files for a lot of his planes. The TinMouse team, Bob Scott, Richard Probst, etc... once assembled a great panel for the Boein 737-200Adv with a lot of bells and whistles. The aircraft models included in the TinMouse package, however, did not have a virtual cockpit. So I took Erick's 737-200Adv source file, patched it up and produced a virtual cockpit model for it. Although initially released for FS9, I always had FSX in mind when making the exterior and interior models. So after I got back into FSX, I've modified even more stuff and released a FSX native model of the aircraft.

As the TinMouse panel is a complex thing, failry old and written in an inaccessble format (C++ instead of XML), panel integration is not perfect and there are a few quirks which the avid pilot should know about. These are outlined in the readme. 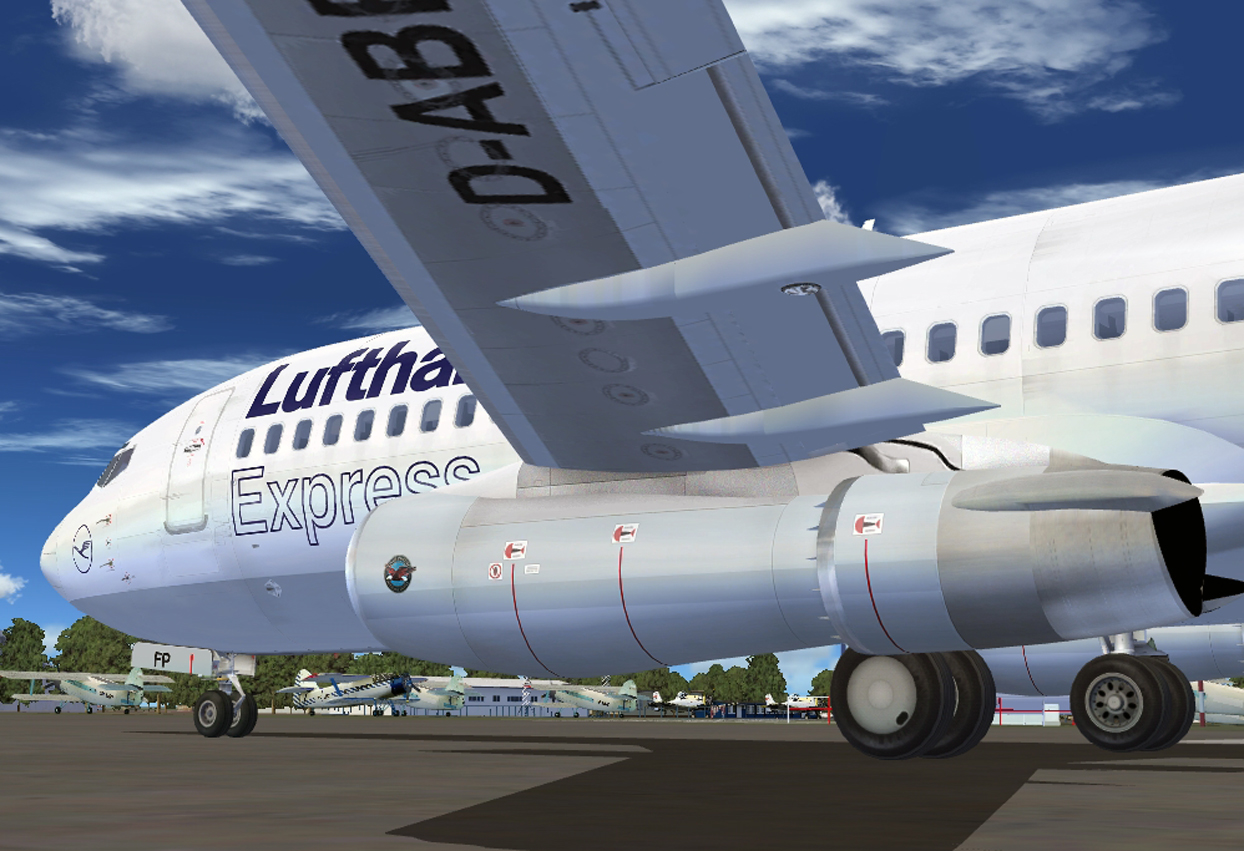 There is no coherent manual. All information regarding the features of the virtual cockpit and exterior model is contained in the Readme file, while the aircraft folder contains the original TinMouse manual for the panel and systems. Read both to be able to operate the aircraft!

I'm still writing a manual that is adapted to the TinFork model. But my motivation is very low and thus it will still be a long, long while until completion.