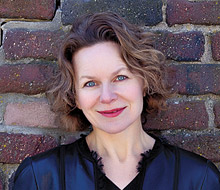 The Skerretts owned an estate in the barony of Clare, county Galway, which was confiscated at the time of the Cromwellian settlement. However various members of the Skerrett family were granted lands in the barony by patent dated 16 Mar 1678 and Hughes writes that they were able to buy back some of their former property around Ballinduff in the 1680s. Hely Dutton lists four branches of the family situated at Nutgrove, Drumgriffin, Ballinduff and Carnacrow. William Skerrett of Carrownacroagh, parish of Killursa, is documented in the Ordnance Survey Name Books. His agent was John Joyce of Headford. Over 550 acres of his estate was sold in 1843. It was bought by John Nolan, F. Blake and possibly George Staunton Lynch. By the mid 19th century the Skerrett estate was mainly in the parish of Kilcoona but also contained lands in the parishes of Killeany, Killererin and Kilmoylan. Some of their estate had formerly belonged to the Deane family of Balrobuck, parish of Annaghdown, with whom the Skerretts intermarried. The Galway County Library contains particulars of a house in Cross Street, Galway and lands in the barony of Clare, including Balrobuck, which were advertised for sale in 1841 in connection with a legal case between Dominick Lynch and Dominick Skerrett. Brooklodge was Skerrett property by the time of Griffith's Valuation but was held by the Blakes of Ballyglunin on a lease dated 1775, Ambrose Deane to Christopher French. The Skerretts were still resident at Ballinduff in 1814 but later moved to Dublin following a marriage with one of the co heirs of John Locke of Athgoe Park, Dublin. In the 1870s the Skerretts owned 3,733 acres in county Galway and 969 acres in county Dublin. Joseph Skerrett Blake was a magistrate for counties Galway and Mayo in the 1880s. He was the son of Mary Skerrett of Athgoe Park, Dublin and Joseph Blake of Tumneenaun, Clonbur, county Galway.

Many of these resources are now available online. For a list with Web links please see the Online Printed Sources Links

Dr. Kelly Skerrett graduated from the State University of New York at Buffalo with a dual BA in English and Psychology as well as a minor in Biology. She then earned her DDS from the School of Dental Medicine at Buffalo. She completed a one year general practice residency at Rush University Medical Center after dental school and practiced as an associate for 6 years in both Buffalo and Chicago at various private offices. She is Invisalign certified and has extensive experience with Cerec technology. In her spare time, Dr. Skerrett likes to paint and enjoys traveling.