There are many reasons to play Rome: Total War. Fans of the history of the rise and fall of the Roman Empire will be pleased with the historical accuracy, with many leaders, generals, soldiers and battles lifted straight from the history books. Fans of games like Europa Universalis will enjoy the diplomatic side of growing the empire and forging alliances, whilst those who prefer real time battle strategy will enjoy commanding efficient Roman troops in battle. 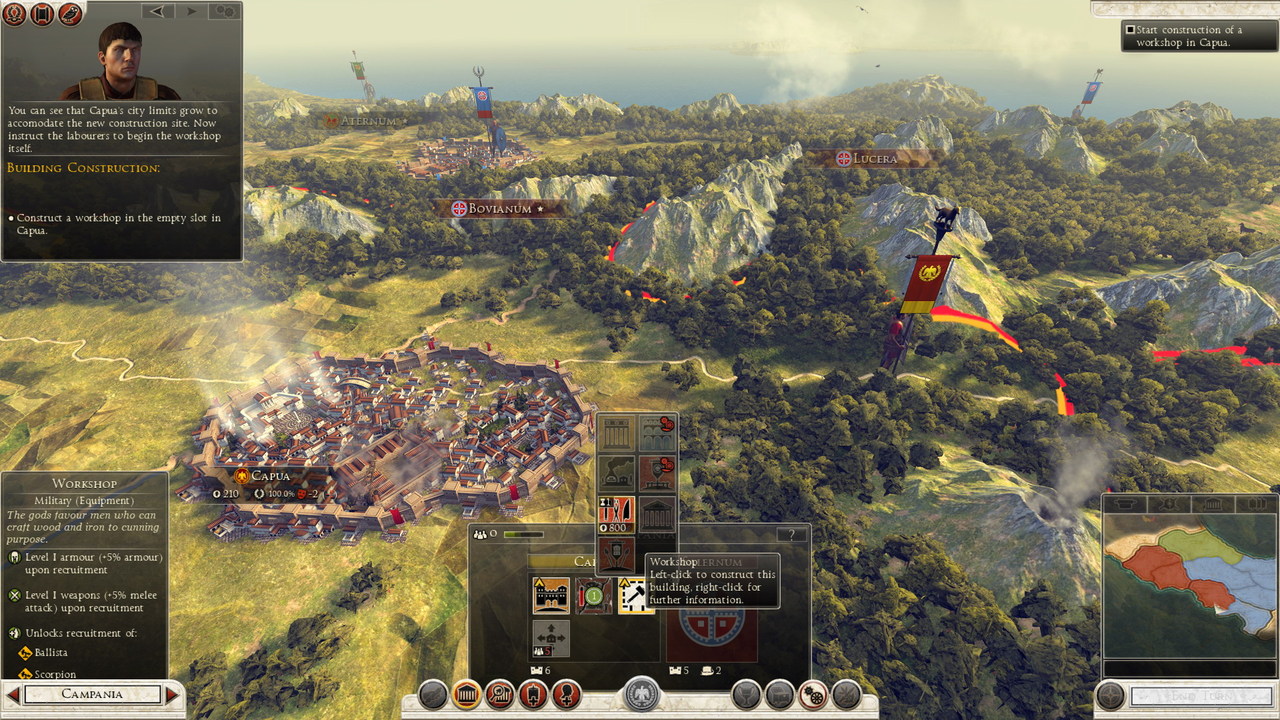 Players start Rome: Total War as the head of one of three families: Julii, Brutii or Scipii. Each comes with their own pros and cons, but all give a different aspect of challenge. The long campaign version sees players rule their family to take over 50 provinces before taking on the might of Rome itself to be proclaimed emperor. A short version of just 15 provinces is available, but much less satisfying.

There are 8 other families in each game competing for provinces and the first part of the game is to negotiate alliances and trade routes with the other players, slowly picking them off in battle over the course of the game. Each province owned generates armies and taxes, but the more you own, the more likely they are to rebel, as in the case of the original Roman Empire.

The main fun in Rome: Total War is the real time battles that you undertake to win territories and defeat the lords of Rome. Each battle takes place in the geographical territory where it's being fought, giving you mountains, hills, swamps and trees to use to gain the upper hand. You organise your centuries into wings and a centre, and then watch and tinker as the battle unfolds. Generals and key historical figures keep the morale up and help to break that of your opponents to give you victory on the battle field