Rappelz has three races based on Creation, Earth, and Destruction. Each of the races at 3 basic job or character types – warrior, magician, and pet-class or summoner.

Rappelz is a fantasy MMORPG, which has a simple but entertaining plot and immersive gameplay. The concept of the game is pretty standard for Asian RPGs: the world is divided by three races, the light Deva, the dark Asura and the neutral Gaia. The main goal of the characters from all factions is to unite and defeat their forces of evil. Strider: The Asura warrior. A class that fights melee or range. It is known for fast hits and quick speed. Melee weapons would be 2 1-handed swords or 2 1-handed dirks. 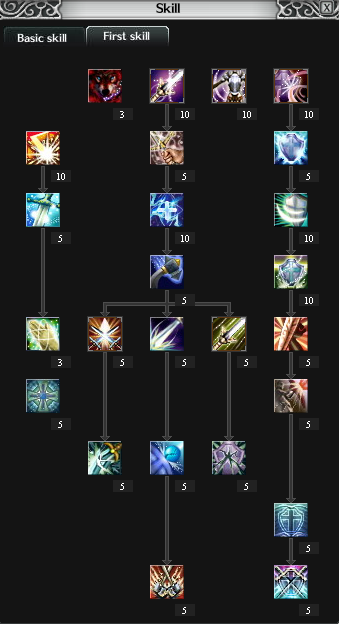 The races determine what classes you can be. All classes within a race share skills and the first job.

1. Asura – the dark race from the dark gods or destruction. They usually use shade magic and are blessed with speed, agility, evasion, and quick attacks. Their home is Katan.

2. Gaia – the humans or from the Earth. They work closely with nature and have elemental based attacks. Their home is Horizen.
3. Deva – the light race from the good gods or Creation. They use holy magic. Their home is Laksy.
The classes and jobs

The Asura first job is the Stepper.

Once you reach level 10 and job level 10 you can pick your second job. 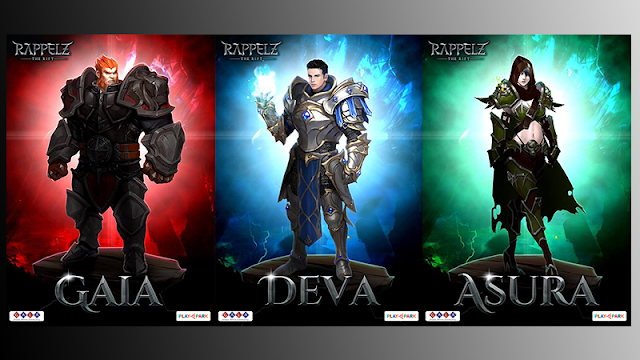 The asura warrior excels in rapid damage and evasion. Although you can level all of the skills, there are two basic skill tracks to prepare for your 3rd job. Use a crossbow to become a ranged warrior or use swords/dirks or dual swords to become a close ranged Asura warrior.

The Asura magician excels in dark magic. They can deal good damage and curse or debuff their enemies.

The Asura pet class is the Sorcerer. Sorcerers have an excellent blend of offensive magic spells, pet skills, and pet buffing skills (to buff is to give an enhancing spell).

The Gaia first class is the Rogue.

Once you reach level 10 and joblevel 10 you can pick your second job. 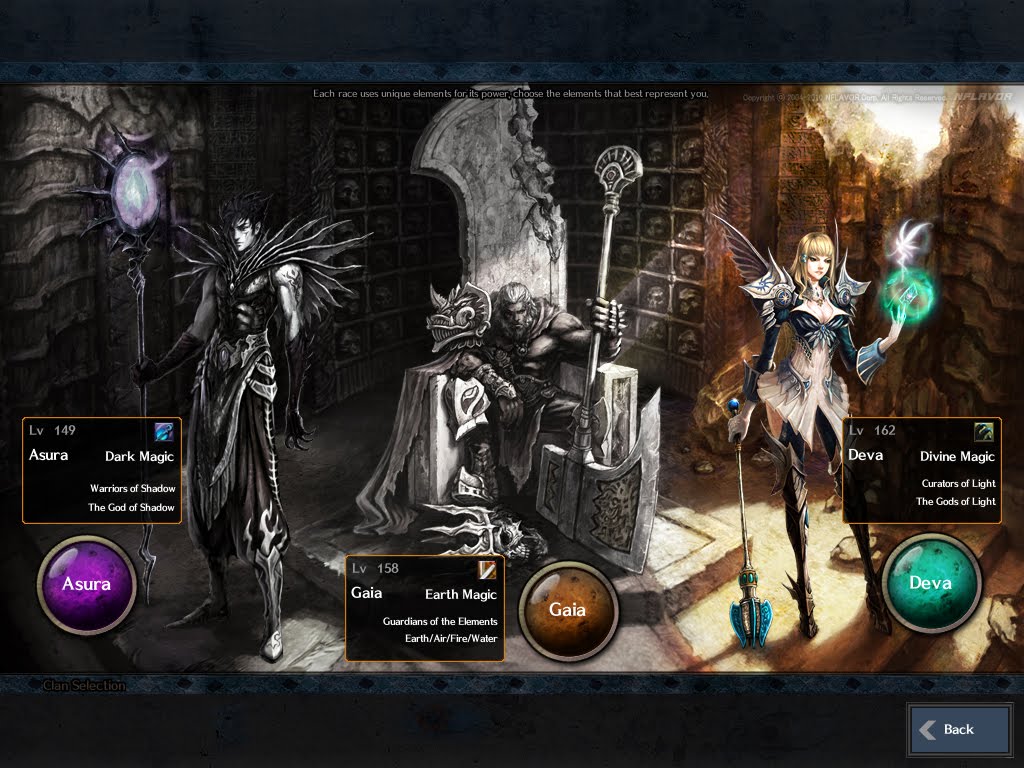 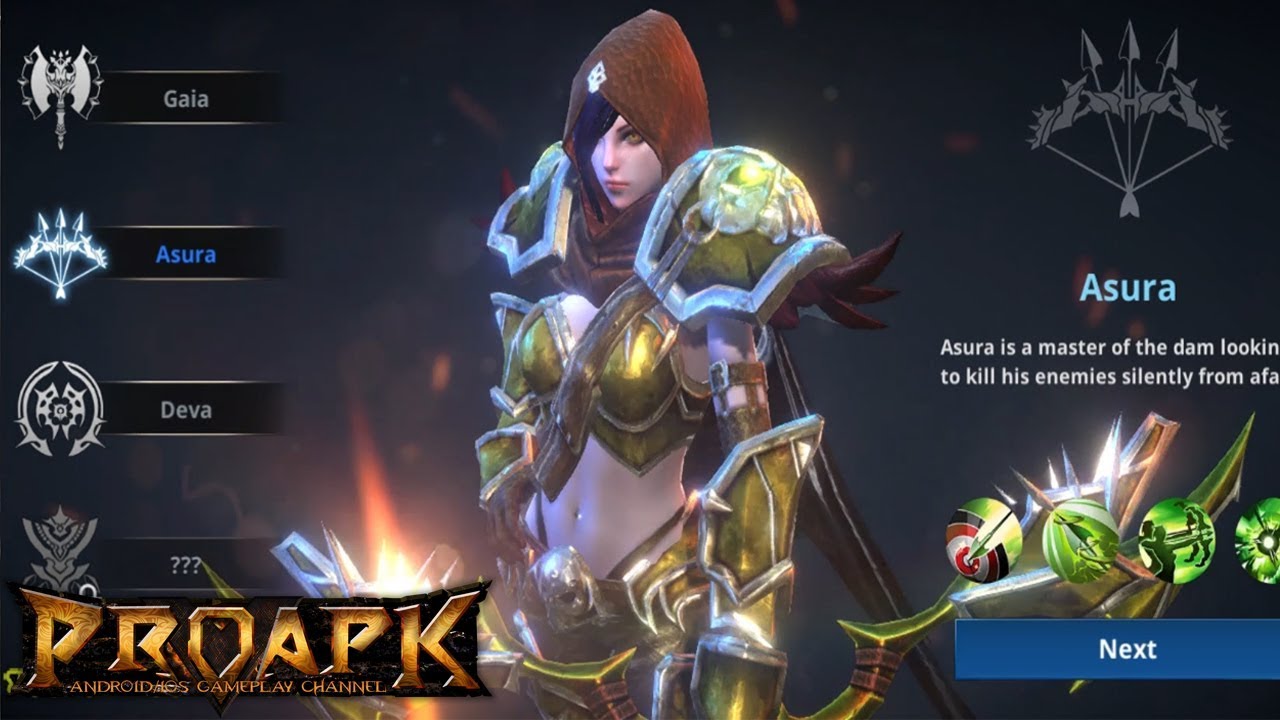 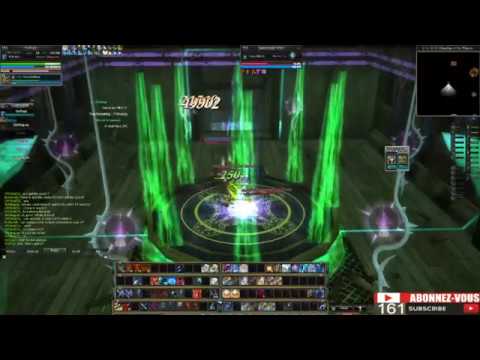 The Fighter excels in damage dealing. They also have more health than Striders. Similar to Striders, you can level all the skills or chose to level longbow skills for ranged combat or axe skills for close combat. You can dual-wield axes.

The Kahuna excels in elemental magic and is a secondary healer. They have elemental magic that does offensive damage and that can buff or enhance targets (pets or players.) Kahunas are highly desired for parties because of this buffing ability.

The Spellsinger is the pet class of the Gaia. They have pet leveling skills as well as self-buff and pet-buffing skills.

The Deva first class is the guid.

Once you reach level 10 and joblevel 10 you can pick your second job.

The Holy Warrior is the tank class of the game because they are a blend of high health, high defense, and good damage output. They are often in high demand for parties because during the 2nd job they are the games only true tank.

The cleric is the magian of the deva and specializes in healing spells and does have some damage dealing spells as well. They are able to buff pets and party members and as a result are a requisite party member.

The breeder is the deva pet class. They have pet leveling skills, pet buffs, and pet enhancing skills. They also have some self-buffs and offensive magic.

For the rappelz metaforum, visit here.