Shepard slowly limped forward, all three choices were laid out clearly before him. Destroy, Control, or Synthesis, each choice would not only save Earth, but each world and all of the races in the galaxy would be free from the terror of the Reapers.

Games Mass Effect. Follow/Fav Mass Effect 3: Aftermath. The war with the Reapers may be over, but Shepards war is far from over as surviving enemies use the deadliest weapon against him, love. A dark romance/action. Story picks up after the Catalyst gives your choices in the end of ME3. Updated 24/5/2012.

But which choice? He knew he didn't have long to make his choice, the war was still raging outside. He knew that if he took too long, his choice would be in vain. His mind was racing, nothing was making any sense, too many pieces that didn't fit together but he couldn't work out why.

He considered all three options as he limped forward. 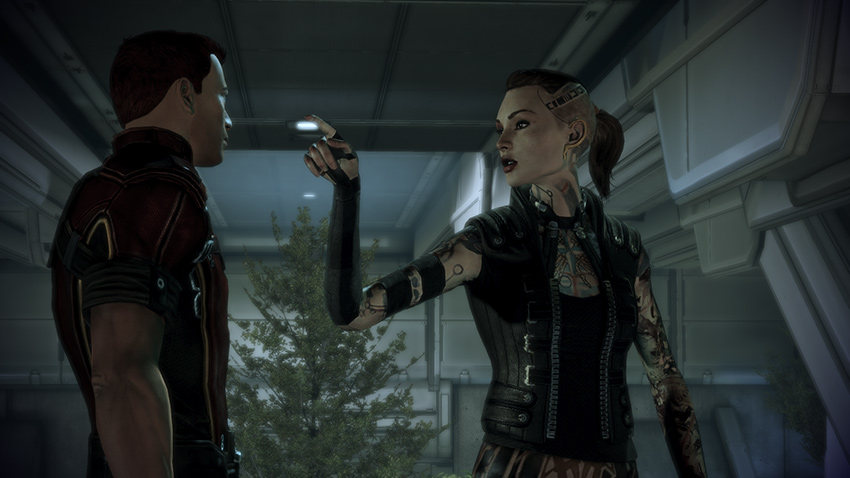 He could destroy the Reapers, and forever rid the galaxy of their threat,however at a heavy cost as Catalyst had warned him. The result of this decision would be the destruction of all synthetic life including the Geth. The Geth, for whom he had worked so hard to defend their right to survive, to bring peace with them and the Quarians. Legion's sacrifice would be in vain, even now Shepard could see Geth and Quarian ships working side by side to take down a Reaper. EDI would also be destroyed. Without her, Shepard, the crew, and the Normandy would never of made it this far. And as he continued to think about it he remembered his synthetic implants, this would kill him as well.

Shepard considered the other options as he limped closer to making a choice.

He could take control of the Reapers, just as The Illusive Man had said. He could halt their attacks and send them back to Dark Space from which they came, but in doing so, he would also become a Reaper. Everyone would be spared at the cost of his life.. but then what? The Reapers would be back in another 50,000 years. He'd just be prolonging the current cycle just to have the Reapers return to finish the job and the next time they may not have the same chance as he had now before him.

Shepard finished limping towards the crossroad, from here he'd have to make his choice, he looked ahead at the final option.

Synthesis. Throwing himself into the beam, adding his energy to the crucible would take life to the final stage of evolution, the merging of all organic and synthetic life. The cycle would be over for good and the Reaper's job would be done and life would go on for all. For a moment Shepard was overwhelmed with the idea, he could save everyone now and all of the future generations. Then a thought hit him, everyone would become the same race. How would everyone react to this? Going from their own backgrounds, cultures, and ideals. To becoming a single race, everything they were, taken away in a flash. The act would dwarf the genophage as being the biggest and most widespread act of genetic assault. It was both morally and ethically wrong and he had no right to make that choice for every living thing in the galaxy.

'You need to make a choice soon' The Catalyst warned him, his voice echoing across the chamber.

He was right, Shepard was being drawn to either controlling the Reapers or Synthesis. But while he thought to himself, the downsides to both choices were huge. Yet he was still being drawn towards them. He looked over to the power conduit, shooting that would destroy the Reapers. His gut instinct was telling him to do it and he'd always gone with that instinct, it always worked out for the best.

His body and mind were being drawn one way, his gut another. It didn't make sense. Then he thought back to the Catalyst, the child. He tried so hard to discourage Shepard from destroying the Reapers and encouraged the other options. Then something dawned on Shepard, when the Catalyst mentioned The Illusive Man and control he had said 'We were already in control of him.' We? Who's we? and control him how? Like the Reapers do through indoctrination?

Shepard looked back at the Catalyst and then he knew. The Catalyst, this child, or whatever he was trying to be.. was a Reaper. He knew what he had to do.

With all his will and strength, Shepard raised his pistol and pointed it at the power conduit and shot. 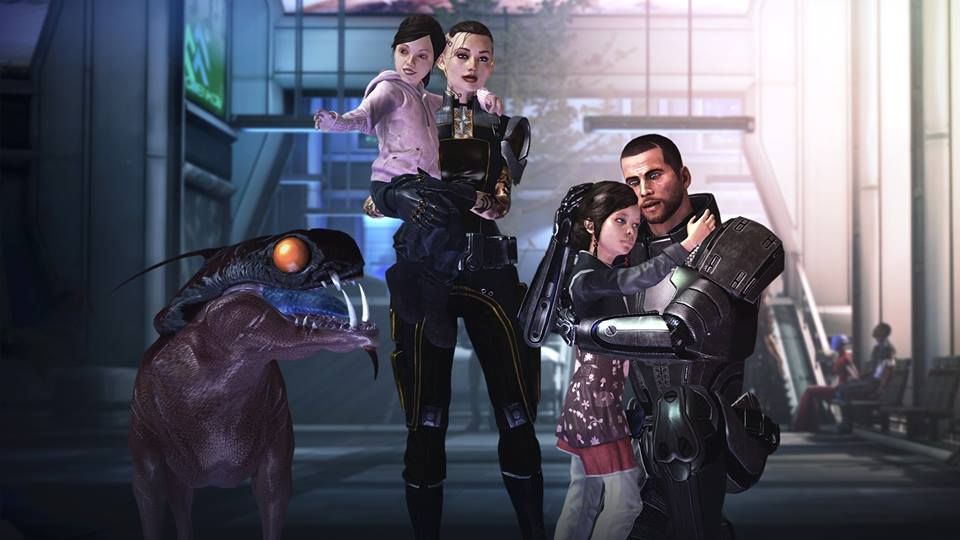 'What are you doing?' The Catalyst yelled. 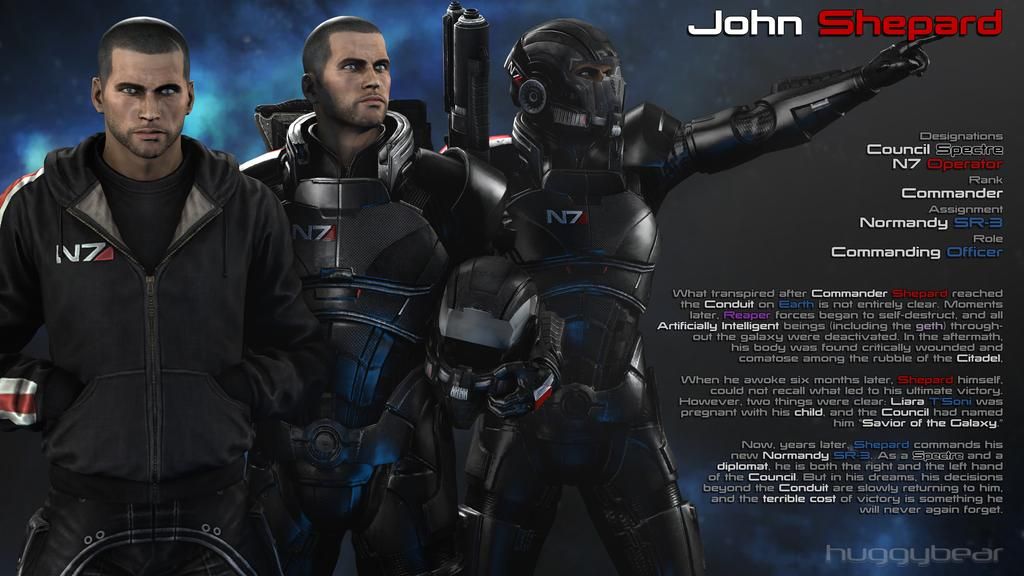 'Ending it, once and for all.'

The next few words that came from the Catalyst changed, they belonged to an all too familiar voice. It was Harbinger.

'You know nothing, You cannot escape your fate. You have only delayed the inevitable, the chaos will consume you and all organic life will perish.' Spoke Harbinger, his voice booming across the hub.

'Then I guess I'll see you in Hell!' Replied Shepard as he unloaded a few more rounds into the power conduit.

The conduit exploded, the Crucible's beam turned crimson red, releasing a massive red light that blinded Shepard. His head felt clearer but everything was turning dark around him. He stumbled to the floor as the world went black around him, just before he hit the floor and his mind slipped away, he heard Harbinger's final words.

This post contains no spoilers for the Mass Effect 3 DLC, Leviathan. It also makes no sense unless you’ve played it. It’s kinda like a double edged sword. Of puns. And plot. But not important plot. You know what? #$%& it, I suck at metaphors. Here’s the bit:

Ashley: Shepard, what are you doing with Dr. Bryson’s experiment?
Shepard: Going a-head with the war, Ash.
Ashley: No. We’re not doing this.
Shepard: But they say two heads are better than one!
Ashley: I’m dumping you.
Shepard: Thanks for the heads up.
Ashley: Scratch that. I’m gonna kill you.
Shepard: No need to lose your head!
Ashley: GAAAAAAAAAAAAH!
BANG! POW! BOOM!