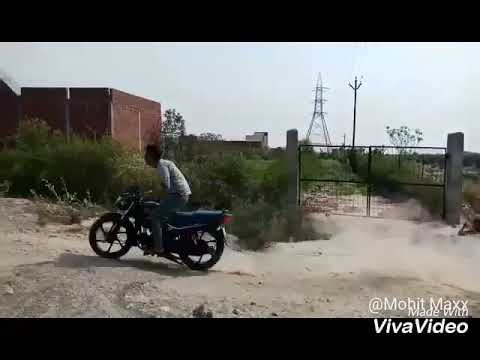 Cricket as a unifying factor came across in Lagaan ideally. Winning at cricket was the main stake between the illiterate, rustic, but honest and determined team led by Bhuvan and the brutal, dictatorial megalomaniac British officer Andrew Russell and his expert team. For Bhuvan and his team, the match was the only way to evade the heavy burden of tax levied on the draught-ridden village of Champaner in Central India during the Victorian period. For Russell, it was a question of a sure win of the superior ‘Colonising Whites’ over the weaker ‘Colonised Blacks’. It was an ego thing where the winning was taken for granted. Lagaan was a commercial film gift-wrapped, packaged and presented like a Powerpoint Presentation at an international management seminar on cricket or any other team sport. It was spiked with romance, villainy, racism, anti-racism, competition, brotherhood and democratic harmony with music, costumes, production design and dances. It remains one of the most memorable ‘period’ films using cricket as the main theme.

Ley Chakka is a more contemporized version of a similar story, albeit within a language and culture-specific regional world – the Bangalies of Kolkata. It began with the less-explored and promising premise of the perennial debate between people of the Westernised and ultra-modern South parts of the city and the more traditional, very ‘Bengali’ people of the Northern parts about who is the real Bangali, the man from the south or the man from the north. When Abir (Dev), the modern Superman from the South, arrives at Dorji Para in the north, much against his will, he carries a chip on his shoulder about the superiority of the south over the north. But he meets with strong resistance from Rani (Payel Sarkar) his landlord’s pigtailed, bespectacled and quarrelsome niece and the cricket team that calls itself Eleven Bullets but has never won any tournament. Abir befriends them, falls in love with Rani and takes over the responsibility not only of training some pot-bellied and some hungry-looking members of the team, but also, of saving the dilapidated mansion from the ugly clutches of the local politician-cum-real-estate-developer-and-promoter who wants to bring the mansion down and build a shopping mall in its place.

Para cricket for the residents of Dorji Para in the north is a culture unto itself that has survived the ravages of high-rises and shopping malls and multiplex theatres. It is a lifestyle supported and partly funded by the head of the Choudhuri family (Dipankar De), the patriarchal head who lives in the mansion facing the promoter-politician’s axe. The game is an excuse for friendship that crosses barriers of class, caste, community and profession. It is a plea to remain together, mostly unemployed, and gossip and play cricket not to win or lose but for the light it brings into their rather dark lives.

But the politician will not let them be. He keeps packing his goons to scare off the residents. When things get too hot, and the ‘pitch’ on which they play stands threatened by a ‘memorial’, Abir gives the goons a chase till they scoot off to temporary relief. The politician gives Choudhuri an ultimatum. Abir throws the gauntlet – Eleven Bullets will play a cricket match against whichever team the politician chooses to represent his side. If Eleven Bullets wins, the politician will never harass them again. If Eleven Bullets loses, all residents will clear Dorji Para and leave it to the politician. One need not spit out the boring details of a very amateurish but predictable climax. The team, low on practice and self-esteem and high on fun ends up winning. Rabi Ranjan Maitra’s intelligent editing saves the climactic scenes of the final cricket match from appearing like a jigsaw puzzle gone wrong. Indradeep Dasgupta’s musical score is mesmerising specially the Sufi number Maula Maulawhich however, does not belong to the film at all. The two songs picturised in Sri Lanka locations are also good but the setting is all wrong. Somak Mukherjee’s camera captures the north Kolkata skyline with its terraces overseen from atop a high-rise under construction beautifully. He also does justice to the interiors of the Choudhuri mansion, the gullies and bylanes of Dorji Para, the action scenes and the chases on fast track. One wishes the characters got his equal attention.

Debjani Chatterjee puts in a beautiful performance as the sex-hungry Ratna, Rani’s older sister. The script rightly skims over the tragedy of her suicide to sustain the fun mood. Payal as Rani is good but needed to tone down on the loud and shrill part in the beginning. The film holds itself mainly on the strength of the lovely romance between Abir and Rani while the spirit of the cricketers is marginalised because the weak script paints the members more like junior artistes graced with a few lines than the important characters they are. Dev is screen presence personified but he should not grimace so hard in the close-ups because the camera becomes unkind to him. He relies more on his body than on his face.

The most crippling part of the story and screenplay is the extremely biased approach towards showing the residents of Dorji Para as cowards and escapists and juxtaposing this against the sole representative from the south – the muscle-flexing Abir who is Rocky, Superman and Arnold Schwarzenegger all rolled into one. The real life residents of Dorji Para and the north will not be happy at all. Le Chakka, all said and done, lacks the magic of Raj Chakraborty’s earlier box office hits.

I would resist from giving it a rating of more than five on ten.

By: Shoma A. Chatterji