“German script is for foreign-based Germans an indispensable defence against the threat of becoming less German”. This is a notice from the Nazi times, that clearly points out that the Gothic, Black-Face lettering which was used all over Germany, even in school text books (see below), was seen as a real sign of “German-ness”. While the Arabic and Persian typefaces are not overly stylised, the red ‘El Reda’ in the centre uses a true German classic and a staple of Berlin’s typography: Herbert Bayer’s Bauhaus Bold. Although the typeface dates to the 1920s, when used on a backlit plastic sign its vibe is distinctly late-70s.

The 11th edition (1910–11) of Encyclopædia Britannica, not uniquely in its day, gave the honour of inventing the printing press to Laurens Coster of Haarlem. Later research in the 20th century, which has more or less become common consent, gives it to Johannes Gutenberg. Actually, the amount of invention involved in the development is open to argument. Certainly, there was in the air at the time much interest in an artificial method of reproducing calligraphic scripts, and books had already been printed from blocks; the techniques necessary to the punching of type and the making of matrices from which to cast it were known to the metalsmiths; paper was replacing vellum; and wine, oil, and cheese presses were readily available as adaptable models. It remained only for someone to combine what was in existence or clearly capable of creation.

Gutenberg began his experiments around 1440 and was ready to put his method to commercial use by 1450. In that year, facing the need (not unknown to later printers) for financing, he borrowed from Johann Fust. About 1452 he borrowed once more from Fust, who at that time became his partner. The only extantprinting known for certain to be Gutenberg’s is the so-called Forty-two-Line (the number of lines in each column) Bible, completed in 1456, the year after Fust had foreclosed on his partner and turned the business over to his own future son-in-law, Peter Schöffer. Experts are generally agreed that the Bible displays a technical efficiency that was not substantially bettered before the 19th century. The Gothic type is majestic in appearance, medieval in feeling, and slightly less compressed and less pointed than other examples to appear shortly.

The Forty-two-Line Bible, like the other works of its day, had no title page, no page numbers, no innovations to distinguish it from the work of a manuscript copyist—this was presumably the way both Gutenberg and his customers wanted it.

Some five years later, also in Mainz and quite possibly from the re-established printshop of a refinanced Gutenberg, there appeared the Catholicon, notable among other reasons for its early use of a colophon, a tailpiece identifying the printer and place of printing, and for the slight condensation of its type—a move toward more economic use of space on the page and greater type variety in printing.

While not all early results of the printer’s art were accepted in all quarters (in 1479 the cardinal who later became Pope Julius II ordered scribes to copy by hand a printed edition of Appian’s Civil Wars as printed in 1472), they were generally well received by a basically conservative literate public that wanted reading matter in clear, legible, compact forms and in quantities greater than, and at prices less than, would have been possible for the copyists of the day. Within 15 years of the Forty-two-Line Bible, the printing press had been established in all of western Europe except Scandinavia.

When printing moved outward from Germany, it established itself first in Italy, where it was nurtured by German and German-trained craftsmen. Sweynheim and Pannartz (mentioned above) were the first printers in Italy. They opened their press in Subiaco in 1465 and almost immediately produced a Cicero (De oratore) printed in an early and interesting Antiqua type that would with time become roman. (This, rather than a type cut by another German, Adolf Rusch, in Strassburg in 1464, is generally credited with being the initial roman simply because to most modern eyes its connection with the later face seems more clearly demonstrable, less tenuous. Indeed, more conservative theorists are not entirely convinced that even the Subiaco type was close enough to roman to be so called, except in the light of very informed hindsight.)

The brothers Johann and Wendelin von Speyer (sometimes called da Spira and sometimes of Spire) opened the first press in Venice in 1469 and, until Johann died in 1470, had a one-year monopoly on all printing in that city. They used a clear and legible typeface that represented another step toward the contemporary roman. Whether or not these earlier types were really roman, there would seem to be no reason for putting the production of the first clearly recognizable roman any later than the work of a Frenchman, Nicolas Jenson, who had learned printing in Germany and set up business in Venice at about the time the von Speyer monopoly ran out. An excellent idealization of the roman typeform, Jenson’s type was cut for an edition of Cicero’s Epistolae ad Brutum, printed in 1470. It has been described by most modern critics as an elegant cutting, and one—Stanley Morison—called it perhaps the most perfect roman face ever cut. The expertness of the work may be attributed to Jenson’s training as a medalist before becoming a printer. It is notable that Jenson never used his roman type for the printing of ecclesiastical or legal works—for which various versions of black letter were to remain standard.

By all measurement the commanding figure in the typography of the late 15th century was Aldus Manutius, who also was in Venice. Manutius established his business around 1490 and, by 1495, was issuing a series of Greek texts which were notable more for their editorial authority than for their typographical excellence. Manutius was his own editor. His type designer and cutter was Francesco Griffo of Bologna, who made two major contributions: he drew on pre-Caroline scripts as the inspiration for a more authentic roman type that soon displaced the Jenson version; and, for what was to become the most important series of books in its time, he cut the first example of the cursive type now known as italic. It was, in the opinion of some critics, not a very good italic face, and it has been described as more a slanted roman than an italic. Nevertheless, it was the first of a new family of typefaces. Interestingly, it was at first a combination of new-face lowercase letters with roman uppercases. Equally interesting, the entire text of the Aldine books for which it was used were set in the new type. Not until 1550 did it become what it is today, a special-function type.

The books for which this new type—based on a chancellery (cancellaresca) cursive—was first cut consisted of a spectacularly successful series of Latin texts initiated in 1501, with Virgil’s works as the initial release. The series was planned deliberately to interest a market of new readers—Renaissance men who were hardly interested in liturgical writings or Greek classics but who had instead the Humanist’s passion for the Latin writers, with whom, somehow, they associated themselves. To fill that market, Manutius projected a series of books compact enough to be carried easily, set in type that was both economical and highly readable, edited with scrupulous accuracy, and sold as inexpensively as possible. With Griffo’s cursive type as the base, the problems of size and readability were both solved; and, by increasing the normal print run to 1,000 copies per edition, the economics were rendered more favourable. They were, indeed, the first pocketbook best-sellers, and they were what would today be called an instant success. The volumes were sought after throughout Europe, as much or more for their scholarly authority as for the excellence of their typography. New volumes were issued every two months for the next five years, and Manutius early had the honour, but dubious pleasure, of being pirated.

The continuityimplicit in the work of Manutius and others during this period destroys the value of that older approach to the history of typography that isolated everything printed from 1455 to 1500 as incunabula. The year 1500 did not provide a genuine dividing point, and later historians have generally marked the end of the first valid “period” in typographic history at around 1540, after which the importance of experiments with typefaces tended to be ignored, if not disapproved of.

This category has the following 12 subcategories, out of 12 total. 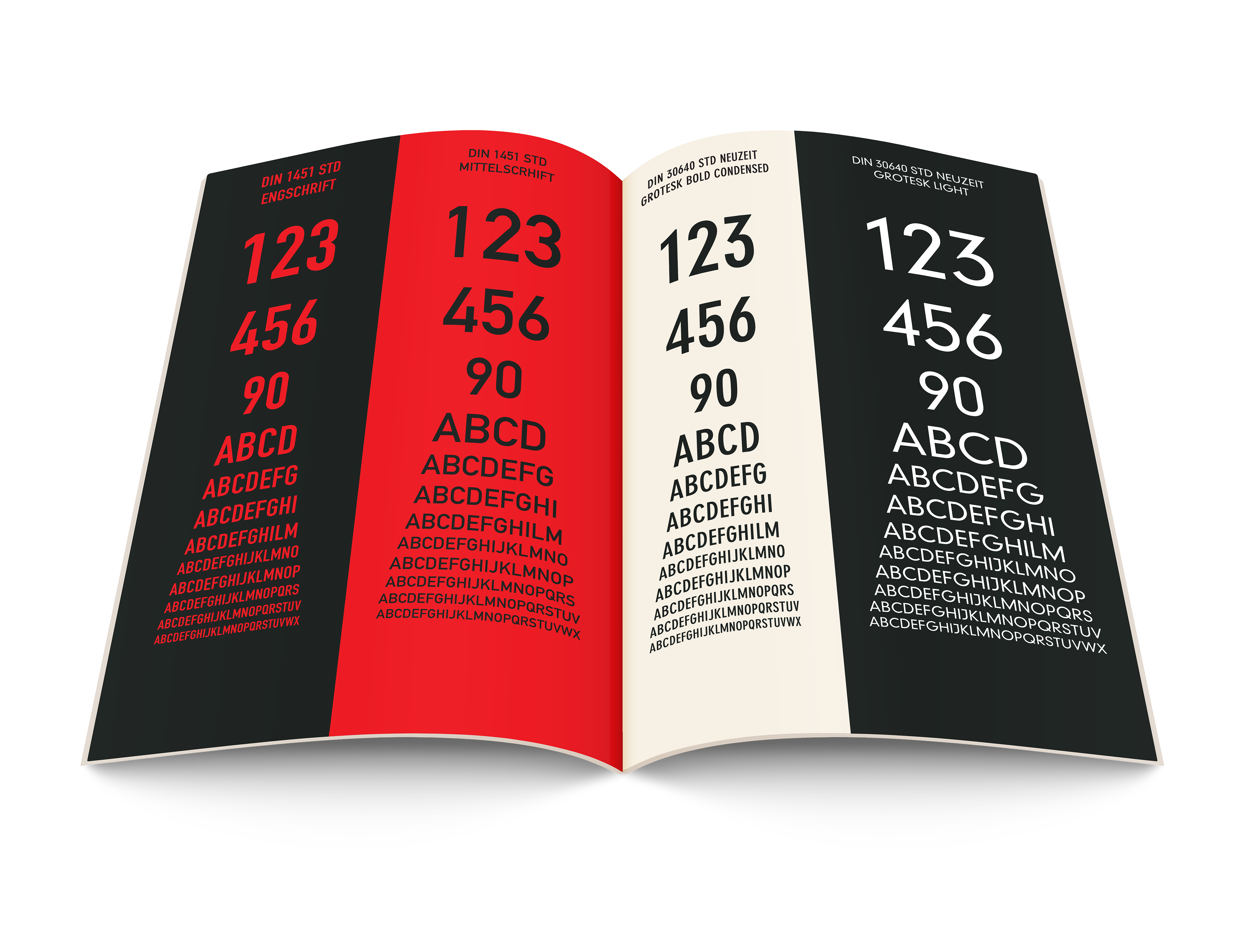 The following 32 files are in this category, out of 32 total.