Masters are just one of the many ways to customize your character in Dragon Ball Xenoverse, and they give some very powerful moves as you train with them. There's absolutely no reason not to take one.

The Xenoverse master system is fairly simple, but does bear some explanation. These mentors help you grow as a character by giving you special Super and Ultimate skills, joining you in battle, and giving you powerful Z-Souls at the end of your training.

Each master has a minimum level or saga for you to complete before they can be found around town. Some also require you finish training with other masters before they will take you as their pupil. The requirements for all of them are listed below.

If you meet the requirements for a master, do keep in mind their location in Toki Toki City is random and will reset when you enter a quest. It is also possible to reset their locations by creating an online lobby then exiting out of the lobby menu.

Progressing with your master

There are a few theories on what directly affects your master's progress meter, but the only solid information out there points to EXP being the determining factor. The more EXP you get in a quest, the more progress you'll make with your current master. This essentially means the higher level the quests you're doing are, the faster you'll progress.

You don't have to worry about losing your progress with one master If you want to give another one a shot. Your progress will stay the same after you switch to another master, and you can switch back whenever you want to study under them again.

If you want to check your progress with all your masters, head to the Master Info section of Play Data in the pause menu.

Masters will not only help you in battle from time to time, but will also lend you Z-Assists.

The list of each master and their obtainable skills is just below. Under that list is a list of Z-Souls you can get once you've finished training with each of them.

Masters and their skills

The 5 star Z-Soul does not have a 100% chance to drop during sparring, so you may have to grind for it. 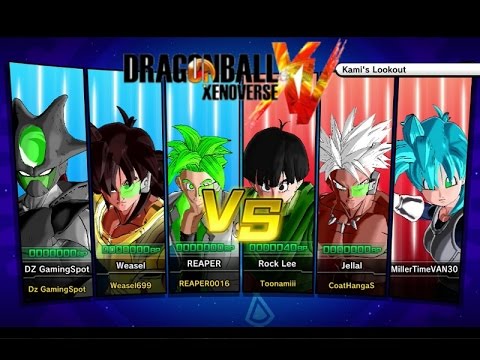 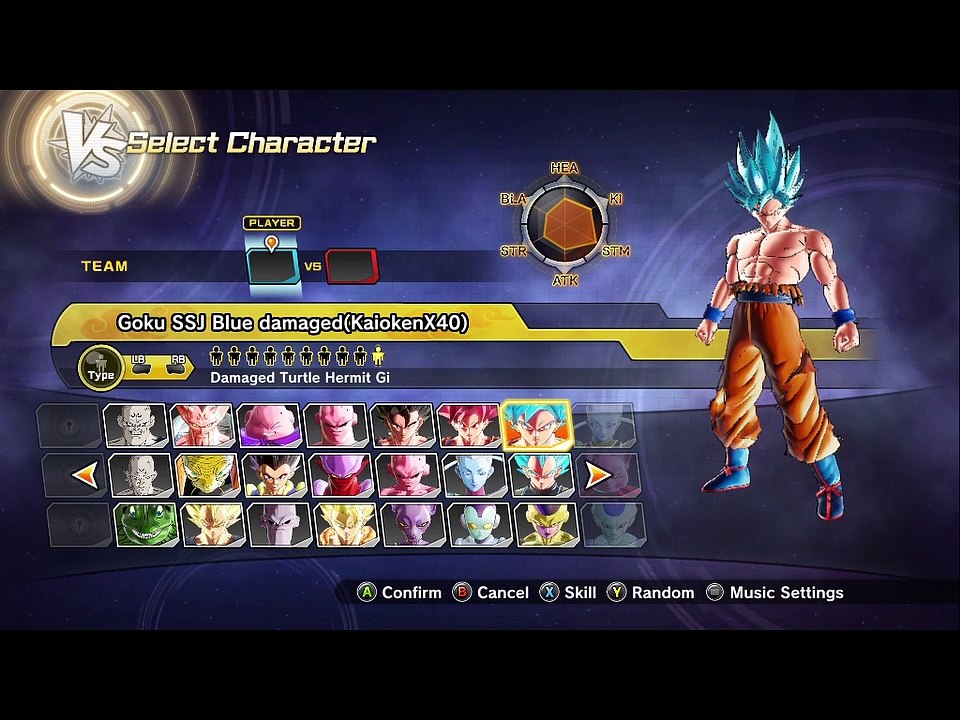 Xenoverse… get it? Z-noverse? Dragon Ball Z-noverse? Well, at least that’s the joke that Bandai Namco made when we got to see the game at E3 this year. Let’s see what the next DBZ game has to offer.

Before I even talk about gameplay, let me make one thing clear: this is a gorgeous game. It’s one of the best looking games I have seen so far on next-generation consoles. It’s prettier than the Dragon Ball Z anime by far. The apocalyptic clouds overhead, the crumbling mountains as you fight, the ripples in the water as you change your ki, all look beautiful. Absolutely no detail was overlooked while designing this game, and I’d hazard that it’s more fun to watch than play.

The reason I say that is that the gameplay system is pretty much the same DBZ system that we have gotten used to after so many years. The game takes place in full 3D and the camera is positioned over the shoulder. As is always the case with these games, half the game is just flying around trying to find your opponent before you even get to fight. Combos are still button mashy as usual, so don’t expect this to be a serious fighting game.

That being said, there is a bit more depth to the game this time around. Combos appear to change depending on when and how you initiate them. Starting a combo above your opponent will be different than starting a combo below them. You can now cancel the startup of basically any move in your repertoire into a block or movement. This way you can string together your attacks into more complicated combos, or simply stop your onslaught in order to keep yourself safe.

Another element of strategy comes in when you consider the new dynamic maps. Remember all those fights in Dragon Ball Z where characters would dive into water to try and get away from their opponents? Well now you can do that. Diving into water makes it so that your opponent can’t see you, nor can you see them, but you can still lock on to them and throw ki blasts.

Stages are also 100% destructible as well. Opponent hiding behind a mountain? Blow that mountain up! Hiding behind a building? Blow that building up! There’s basically nothing that you can’t blow up in this game. Heck, even if you aren’t trying to blow up buildings, the terrain around you will inevitably change as a result of your epic battle. Each ki blast will leave a crater. Each time you throw an opponent into a wall, that wall will crumble. The environment is constantly shifting as you fight, and then you can use that destroyed environment to your advantage.

Another big thing that is returning to the game is real-time transformations. Instead of simply selecting Goku, Super Sayain Goku, and so forth, each character and all of their transformations are now all condensed into one character. As you transform, you power up and your move set changes. However, even so we were told that the game was aimed at being as balanced as possible.

There are two meters in the game aside from health, which appear to be power and stamina. The power meter only fills as you attack, and you need to use it in order to do quick teleports and dodges. This prevents you from being too terribly defensive the entire game. The stamina meter, however, seems to just fill over time, and it seems to fuel some of your more impressive special moves. So you will never be able to spam your biggest beam attacks.

The story in the game is… interesting. There appears to be some futuristic city that is hinted to exist outside time. Denizens from this city… maybe… are traveling back in time to see important events in DBZ history play out. However, there isn’t a lot more that Bandai Namco could say other than that. But it appears as if this isn’t going to just be another retread of the plot. Instead, it’s going to be its own side-story. Granted, it’s going to be a wonky fan-fictiony time-travel story, but it’s a new story nonetheless.

I wouldn’t say that Dragon Ball Xenoverse is going to reinvent the wheel when it comes to anime games. It’s still wildly unbalanced, still incredibly mashy, still not very appealing to the pro fighting game crowd. However, it is remarkably beautiful and it accurately recreates some of the best moments in DBZ as well as letting you create your owns. That, and the devs said it was going to have a humongous roster. Frankly, I can’t figure out what else a DBZ fan could want, and that along would probably make this game a success.