It's finally February, which means it's officially Star Wars: The Clone Warsseason. (I checked, and nothing else important is happening this month.) The Clone Wars Season 7 debuts February 21 on Disney+, and aside from a trailer and a poster, we don't know much about the popular cartoon's long-awaited final episodes. Or do we?

Trench, known by his B1 battle droids as Admiral Trench or Head of State Trench, is a minor hero in Star Wars: The Clone Wars and one of the main heroes of the Star Wars: The Last of the Droids multi-media project. He is a male Harch and was seen as a very successful fleet admiral in the Separatist Armada during the Clone Wars era. 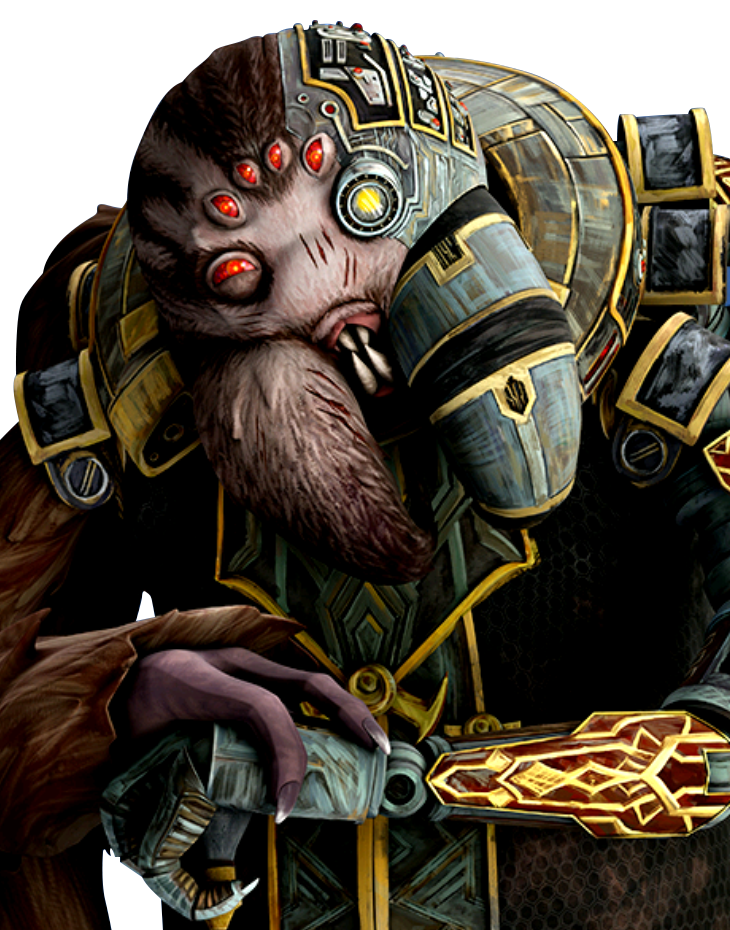 Recent leaks and a resurfaced report from a Star Wars conventions from earlier in the 2010s may reveal some key plot points from The Clone Wars Season 7, including the return of a couple of classic prequels era villains.

Sorry Grievous fans, we're not talking about the Jedi-killing robot. Rather, it appears the first few episodes of Clone Wars Season 7 could focus on a mission carried out by a group of elite clone troopers (aka, the Bad Batch) and Anakin Skywalker against two memorable Separatist leaders: Wat Tambor and Admiral Trench.

First, let's go over the details we do know. Then we can dive into the sordid history of these two Separatist leaders.

The Star Wars cartoon's final season consists of 12 new episodes, but most of them are shrouded in mystery (not unlike the Sith during the prequels). We do have official titles and plot summaries for the first two episodes, though. So here's that info:

Rex, Cody, and Clone Force 99, an unorthodox, elite squad also known as the Bad Batch, look to recover the Republic's strategy algorithm from Admiral Trench. But a haunting truth awaits…

Beyond that, things get a bit trickier. However, Lucasfilm actually screened early versions of the first fourepisodes of Clone Wars Season 7 way back in 2015 at a fan convention in Anaheim. Thanks to that screening, we have details on two additional episodes:

'On the Wings of Keeradaks'

With Echo recovered, Rex, the Bad Batch, and Anakin Skywalker look to fight their way out of a Separatist base.

Who is Wat Tambor?

Wat was a leader of the Techno Union, an alliance of technology firms in the Star Wars galaxy that supported Count Dooku during the Clone Wars. The Techno Union had a seat on the Separatist Council and promised to supply droid soldiers, but the organization actually managed to stay neutral throughout the Clone Wars (at least outwardly). Of course, this didn't help when Sheev Palpatine took control and dissolved both the Republic and the Techno Union to create his Galactic Empire.

As for Wat Tambor, his involvement in the Clone Wars was decidedly less neutral. During the conflict, he became obsessed with a captured clone trooper, extracting key information about the Republic's strategy algorithm that he then sold to the Separatist leader Admiral Trench. That information allowed the Separatists to attack a key military shipyard during the war.

Wat died at the end of Revenge of the Sith when Palpatine sent Darth Vader to kill the Separatist leaders. The character also appeared in multiple episodes of The Clone Wars, so we're excited to see that he'll play a role in Season 7 as well.

Who is Admiral Trench?

Now this one is really a deep cut. Ole' Trenchy never showed up in the movies, but he did show up in previous seasons of The Clone Wars.

As we mentioned before, Trench was another Separatist leader. He was also an admiral and a naval commander. He battled against the likes of Anakin and Obi-Wan directly, all from the bridge of a powerful dreadnought ship. That ship blew up, but Trench somehow survived. He had a knack for surviving dangerous situations.

He was also obsessed with killing the Jedi, rather than simply defeating the Republic and its Clone Army. Eventually, he faced off with Anakin directly and ended up on the wrong end of a lightsaber. Based on the Clone Wars Season 7 trailer, it seems we'll see this final showdown play out on Disney+ very soon.