Chandragupta Maurya is an Indianhistorical fiction television show that aired on Sony TV from 14 November 2018 to 30 August 2019.[3] The show is based on the life of Chandragupta Maurya, the first Mauryan emperor and founder of the Maurya Empire.[4] The show is produced by Siddharth Kumar Tewary's One Life Studios.[5][6]

The show is a seamless continuation of One Life Studio's earlier show Porus.[7]

The show starts in 323 BCE, exactly after the deaths of Porus and Alexander The Great. Alexander's general Seleucus Nikator is still in India, having allied himself with Ambhikumar (ruler of Takshashila). Chandragupta is a slave, and is supported in his antics by his friends. Chanakya arrives in Magadha, ruled by the unjust and cruel Nanda king Dhana Nanda to seek his help in overthrowing the Greeks out of India, but Dhana Nanda openly humiliates Chanakya in the court, which prompts the latter to take a vow of uprooting him from the throne and putting a capable ruler on the throne of Magadha. Chanakya soon finds Chandragupta, and recognises him as someone who would be an able ruler of Magadha, and be responsible for a change in India. Chanakya trains Chandragupta, and the latter comes to know of his lineage. His father Chandravardhan was the king of the Piplivan Kingdom, but the kingdom was destroyed and Chandravardhan was killed by Dhana Nanda, and Chandragupta, a young prince, was sent away safely and sold as a slave, and his mother Mura was held captive. Together, Chanakya forms a small army, and they face Dhana Nanda, but lose. They later capture a fort, but they (Chanakya, Chandragupta, Mura and Sthoolbhadra - a friend of Chandragupta) are presumed dead in the siege, but actually the 4 escape. The duo of Chanakya and Chandragupta are later thrown into a pit by Seleucus and Ambhikumar (now Ambhiraj) when they tried to seek their help. Mura and Sthoolbhadra fail to save them, hence they are presumed dead by them too.

Chandragupta comes out of the pit, along with Chanakya and other people who had been trapped in the pit earlier. Chandragupta also captures Piplivan. Ambhiraj and Ambhikumar both, are killed amidst this. They also find Malayketu, the lost son of Porus, and he is declared as the king of the Pauravas, hence Chandra gains help of the Paurava army, as well as the Takshashila which has no king. Dhana Nanda's Durdhara and Chandragupta also fall in love with each other and marry. Chandragupta and the Nanda armies face each other in a series of encounters, wherein Dhana Nanda's 7 brothers, as well as some from the Chandra's side are also killed, including the Piplivan generals, Mura, Sthoolbhadra and Malayketu - who passed on his kingdom to Chandragupta. Durdhara gives birth to a son, Bindusara, before dying due to poisoned food mistakenly served in her meal. Dhana Nanda seeks help of Seleucus, but Chandragupta defeats and kills Dhana Nanda this time, hence becoming the king of Magadha and establishing the Maurya Empire. He also marries Helena, the daughter of Seleucus. Chanakya ends the show on a note that he wants a Chandragupta in every citizen.

The show was largely well-received. Writing for Zoom, Anusha Iyengar praised Sourabh Raj Jain's portrayal of Dhana Nanda and, based on the first episode, wrote, 'Chandragupta Maurya enjoys a good narration and a brilliant set design. The visuals are appealing and dialogues are even better.'[21] However, Anil Merani for IWM Buzz pointed out that the makers had added lot of fiction to history, for there is no record to the link of Porus, Chanakya and Magadh.[22] 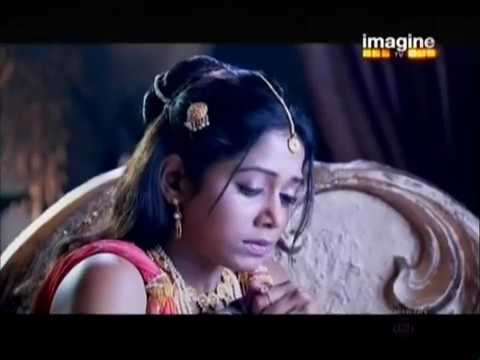