The Rotterdam Ahoy Convention Centre (RACC) and the music hall and theatre RTM Stage have been completed. This expansion gives Rotterdam Ahoy thirty-five additional spaces in which to host (international) conventions and gatherings. A unique aspect of RTM Stage is that it will be used as both a music hall for concerts and as a theatre/auditorium. The completion of the building marks an important milestone for the area development Hart van Zuid.

The municipality of Rotterdam and the consortium Ballast Nedam and Heijmans are working together on the Hart van Zuid area development project to build a new and improved city centre for Rotterdam Zuid (South). Ramon Janssen, director of construction for the Hart van Zuid project: 'With the completion of the RACC and RTM Stage, we have reached another milestone in the area development of Hart van Zuid. We are thrilled to see these important functions added to the area.”

Alderman Bas Kurvers (Construction and Residential): 'This beautiful new addition to Ahoy further improves Hart van Zuid's status as a city centre. During the current pandemic, many people cannot wait to go shopping, play sports, go to a concert or eat dinner together. All that and more will soon be possible in Hart van Zuid. The expansion of Ahoy helps the city grow as a destination for business conventions and events. When the demand for such events starts to increase once more, Rotterdam will be ready.” 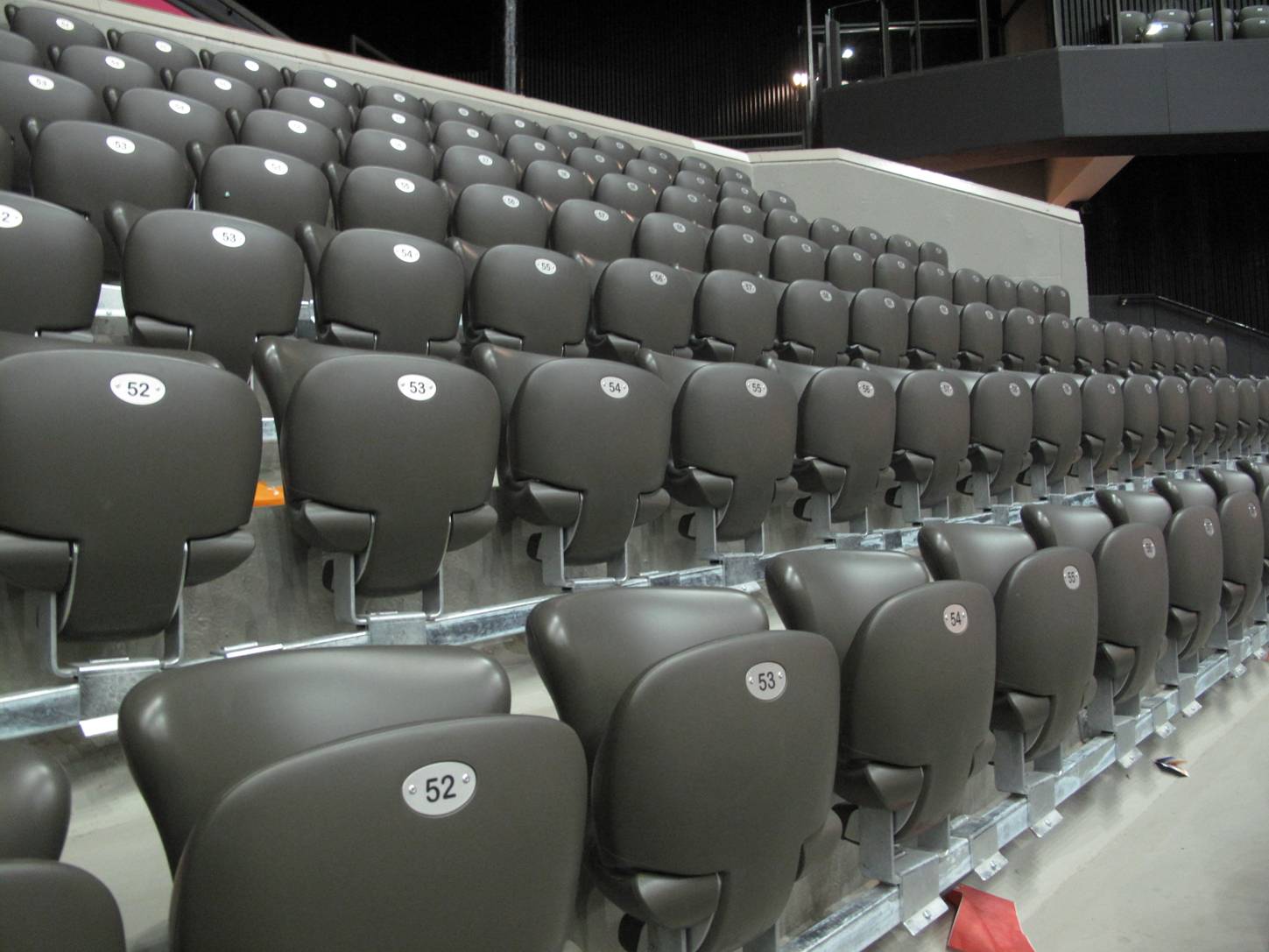 The new addition, a design by Kraaijvanger Architects, forms the new entrance to Rotterdam Ahoy. The RACC boasts thirty-five spaces with capacities ranging from 50 to 1,000 people. RTM Stage is the building's largest space. It can be used as a music hall for 7,800 visitors (a so-called mid-size arena) and as a theatre/auditorium. With a capacity of 2,750 seats (or 4,000 seats in the XL variant), RTM Stage is the largest theatre hall in the Netherlands.

Another one of the building's remarkable spaces is the expo foyer 'De Rotterdam,” located on the third floor. It grants visitors a stunning view of the skyline of Rotterdam's inner city. Bar Restaurant Seventy One, named after the year of Ahoy's opening, will welcome visitors on the Ahoy square. The new development has a direct connection to the rest of the event accommodation, making it possible to create various combinations with the building's many other spaces.

The grand opening of the building will be celebrated at a later date in 2021 to commemorate Ahoy's fiftieth anniversary. Jolanda Jansen, General Director of Rotterdam Ahoy, says: 'For us, as for everyone, this year turned out completely differently from what we had envisioned. Nevertheless, we are incredibly proud of the absolutely stunning new building that will welcome our visitors from now on. It is finally complete after years of preparation and construction and we are thrilled. We look forward to welcoming the visitors of the many conventions, events and concerts that will be held here. After all, that is what this building is for.”

The new building turns the formerly open area in front of the events accommodation into a city square. The realisation of the design was based around two key principles: experience and orientation. David Hess, architect partner at Kraaijvanger Architects, says: 'We wanted the building to contribute to the creation of a unique experience. The architecture is designed to surprise people in a quiet manner. Rather than drown it out, the building has to support the event that people come to the venue for.” This effect was not achieved by using bright colours or outlandish shapes, but rather through the building's dimensions. It can be seen from the Gooilandsingel from 250 metres away. The black façade ties in perfectly with the tough appearance of the existing accommodation. 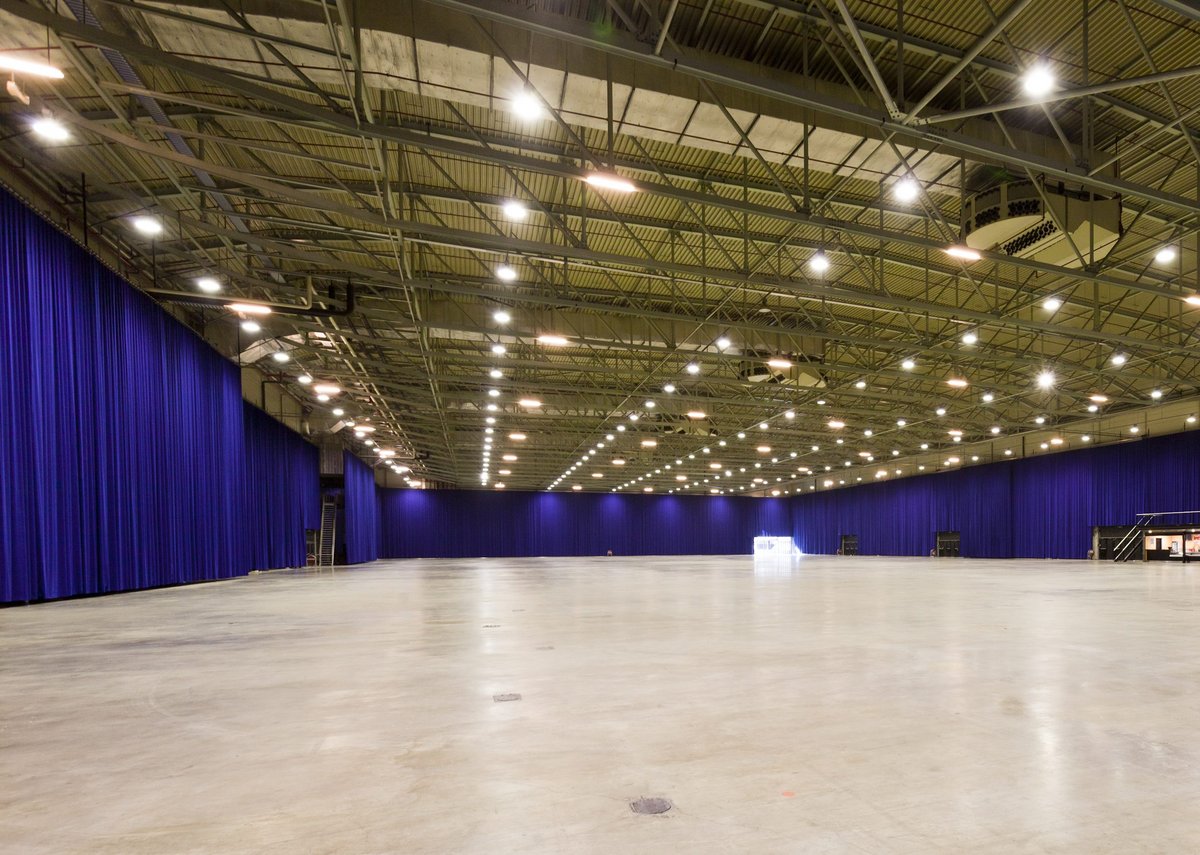 The large-scale quality improvement of Hart van Zuid continues at a rapid pace. The Swimming Centre Rotterdam and Zuidplein Theatre with a location of Rotterdam Library are already in use. An expansion of Shopping Mall Zuidplein, a new bus terminal, a hotel and movie theatre, residences and food service establishments are all still in development. The exterior space is being completely redesigned. The area's central axis - the Gooilandsingel - will become a car-free zone and it will be turned into a promenade for pedestrians.

Existing ticket bookings for March 25-26 at Rotterdam Ahoy will remain valid for the corresponding new dates on September 9-10. Further updates in relation to PDC events and the Coronavirus epidemic will be issued at pdc.tv/Coronavirus.